I, as well as my fellow j-bloggers, are often talking about the JLPT. About it’s advantages and disadvantages, about how one should prepare for it, about this year’s changes; et cetera, et cetera. What we don’t talk about, however, is what this acronym stands for. “Everybody knows that!”, I hear from the crowd. Well, it may be hard to believe, but based on my unscientific research, there are still plenty of people who don’t know what JLPT stands for, or worse, haven’t heard about it at all. And how can we be surprised? Unlike the big guys in town (e.g., TOEFL, IELTS), the JLPT has virtually no marketing, it can only be taken in a handful of locations, and it isn’t supported by any multinational educational institutions who would promote it to their students.

JLPT stands for Japanese Language Proficiency Test, which, in turn, is a translation of 日本語能力試験 (Nihongo Nōryoku Shiken, にほんごのうりょくしけん). It is a Japanese language test for non-native speakers, held twice a year in East Asia and once a year in the rest of the world. The JLPT—first Japanese test of it’s kind—was established in 1984, in order to create a standardized certificate which could be used by Japanese companies & universities. Since 2003, the majority of the latter have switched to the new Examination for Japanese University Admission (EJU), but the JLPT is still the most universal and well known Japanese language test available.

In the past, the test had 4 difficulty levels; 4-kyū being the easiest, 1-kyū the hardest. Starting with 2010, however, a new test pattern will be used. Originally scheduled to be implemented from December 2009, the new test will have five levels; N5 being roughly the same as 4-kyū, N3 being between 3-kyū and 2-kyū, and N1 slightly more difficult than the former 1-kyū level. The yonkyū (now N5) level is really easy and I would suggest you to start directly with the next one. The ikkyū level, on the other hand, is really tricky and you’ll probably need a few years to get it right. Some like to say that it requires near-native fluency. While I personally believe that the word fluency doesn’t describe a well defined concept, and is thrown around too much in the linguistics circles, it’s more than probable that you’ll feel quite confident with you Japanese after you pass JLPT 1. 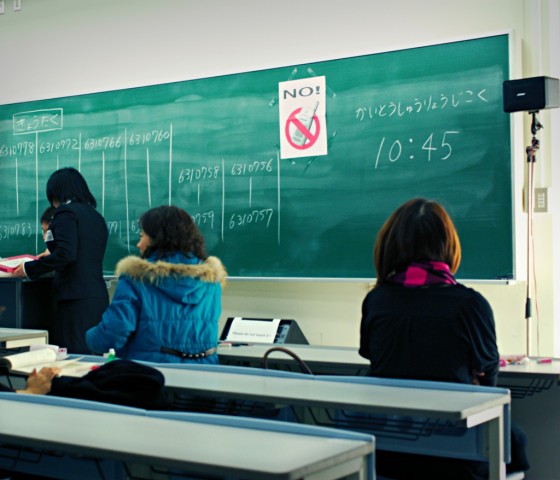 The JLPT is divided into three sections. The first one, Characters and Vocabulary(もじ･ごい, 文字･語彙), is worth 100 points out of 400 and tests your knowledge of Japanese vocabulary, kanji compounds & readings, and correct word usages. The second section, Listening Comprehension(ちょうかい, 聴解), is also worth 100 points and comprises two subsections. In the first part, one is supposed to choose one of four illustrations which best represents the situation in a prerecorded dialogue. In the second part, there are no visual clues to help one with the question. The listening section is often difficult for those unfamiliar with the test as the questions are played only once and may contain uncommon and confusing situations. Last but not least, the 200 point Reading Comprehension and Grammar(どっかい･ぶんぽう, 読解･文法) section test the knowledge of Japananese grammar concepts(particles, conjugations, etc.) and one’s reading comprehension (with fill-in-the-blank and paraphrasing questions concerning short reading passages). There is a list of kanji, vocabulary and grammar that one should know and a suggested number of hours of study for each level, but the exam compilers may choose to include up to 20% of material from outside of these lists.

The last thing that I would like to mention is for kanji freaks who passed the Characters section of all JLPT levels with flying colors and are in search for a new challenge.  If you would like to test your kanji knowledge and nothing else, or if you are searching for a new milestone to work for the Japanese Kanji Aptitude Test (Nihon Kanji Nōryoku Kentei Shiken, にほんかんじのうりょくけんてい, 日本漢字能力検定試験), better known as Kanji Kentei (かんじけんてい, 漢字検定), or simply Kaken. It has 12 (!!) levels ranging from a basic Level 10 (80-kanji learned in the first grade of elementary school) up to an incredibly difficult Level 1 testing the ability to read and write approximately 6000 characters including archaic kanji forms and Japanese proverbs & idiomatic expressions. If you know anyone who passed Level 1 of Kanji Kentei, please let me know in the comments, and pay him/her my respects for me!

I hope that this article cleared all of your questions about the Japanese Language Proficiency Test! If not, feel free to ask at the NihongoUp Forum and I’ll do my best to answer. And if you decide to take this year’s JLPT, be sure to check out my NihongoUp Japanese textbook and community which can help you prepare for the JLPT. Ganbatte ne!