Verb transitivity, similar to valency, indicates whether a verb takes direct objects, or not. Unlike English, which is fairly lax in its rules on transitivity and allows ambitransitive verbs, the Japanese language divides most verbs into two groups: transitive and intransitive. 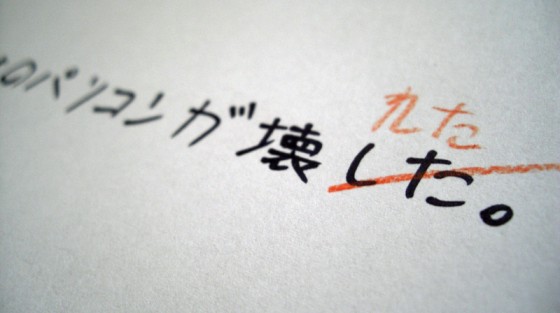 Intransitive: He slept till noon.
Transitive: She lifted the bag.
Ambitransitive: I broke the cup. and The cup broke.

The only time you’ll see を used with an intransitive verb is when a location is the direct object of a motion verb.

As you can see in the examples above, there are two Japanese verbs for the English verb break; the intransitive 壊れる (こわれる) and the transitive 壊す (こわす). You can check out more examples in the following table:

While this makes it easier to understand how to use each verb, it also makes it important to learn the differences between them. To make the process more fun, you can learn Japanese verb pairs with NihongoUp, my Japanese study game which now includes a new Transitivity grammar mode.