Whether you’re learning Japanese, or any other language, you’ve probably heard of the ubiquitous Rosetta Stone language learning software that promises to teach you any language effortlessly, exactly how a child learns his or her mother tongue. 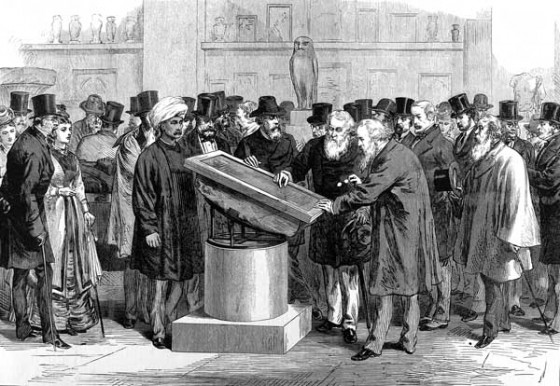 In the this post, we’ll look at what Rosetta Stone has to offer, and whether it’s worth the high asking price. While I’m primarily going to discuss the Japanese language version of the application, the advice and conclusions are largely applicable to other editions as well.

First of all, let’s have a short look at what Rosetta Stone has to offer.

Note that despite being divided into three levels and numerous lessons, the course barely reaches the higher-beginner level of Japanese, and Japanese presented in Level 3 lessons is still very simplistic.

Also, even after completing all three levels of Rosetta Stone Japanese, you may still have problems passing JLPT N5, the lowest level of the Japanese Language Proficiency Test which is generally considered to be very easy. Surprisingly enough, you may have difficulties even with the listening section; Rosetta’s course has a high concentration of listening exercises, but they are unfortunately all played at a very slow, unnatural speed incomparable to the dialogues presented at the JLPT.

If there’s one place where Rosetta Stone excels, it is the quality of its software. The application is extremely polished, virtually bug-less, and is presented with a beautiful and highly intuitive design.

When you first launch the program, you will be greeted with a selection of different curricula which you can choose from. Some help estimate your level of Japanese, some are intended to quickly teach you the basics, and some are optimized for a more long-term holistic approach to learning the language. In practice, the different courses vary only slightly, and follow the exact same methodology.

After watching a short inspirational intro video, you’ll be thrown right into the action. You will be presented with various images and simple sentences and will be prompted to make your best guess as to what you see and how it’s called. If you’re used to rote learning vocabulary and grammar, this method will indeed look quite impressive at first, especially if you’re lucky enough to guess right most of the time.

On every screen, you will have the option between displaying the text in Japanese characters, or in romaji. If you decide to use Rosetta, we urge you to choose the former. For a more thorough explanation as to why, please read my introduction to romaji, introduction to kana, and the lowdown on whether you should learn kanji.

Unlike most of its competitors, Rosetta takes a very relaxed approach, and the premise behind its way of teaching Japanese and other languages is certainly very appealing. The company invites you to throw away all your flash cards, dictionaries, and boring grammar & memory tests, and to learn the language the way a Japanese akachan (baby) does in its infancy—by immersing yourself into native dialogues and exclamations without the slightest ideas about Japanese vocabulary or grammar.

What the authors of Rosetta Stone are forgetting is that you are most probably no longer a child, let alone a baby. This ‘natural’ way of learning the language may be engaging at the beginning, but in the long-term, this is not an effective way of learning Japanese. We’re already used to complex grammar structures and our syntactical knowledge is infinitely more advanced than that of a child, meaning that we can take many shortcuts when studying a foreign language as many of the important conceptual links have already been made. Rosetta stone, to a certain extent, neglects this.

This is to say I am in no case against learning Japanese by immersion. In fact, I am a big believer in this method, and if you do have the time and resources to learn this way, certainly give it a try. There are many ways of immersing yourself into natural Japanese without giving up on other ways of learning the language at the same time. Nobody has ever ‘just learned’ Japanese without studying the language—even Japanese people!

Should I buy Rosetta Stone?

The answer to this question depends on who you are, and whether you have to pay for the software package. If you are a member of the U.S. Army (and thus have free access to Rosetta Stone), or an employee whose company offers you a free version of the software, then certainly go for it. Rosetta Stone certainly has it’s positives, especially at the higher-beginner stage of the learning process. In the worst case, you’ll learn some new vocabulary, improve your pronunciation, and switch to a different learning method. Multiple resources are plainly better than just one.

If, however, you are buying Rosetta Stone from your own pocket, you may want to reconsider your options, as it’s very difficult to justify the high price of the program. Despite their claims, it is almost impossible to learn a language with Rosetta Stone alone, and more often sooner than later you’ll have to spend you hard-earned on further resources, which, as if further expenses weren’t bad enough, won’t necessarily follow the curriculum you’ve got used to.

There are no intermediate or advanced courses offered by Rosetta Stone, and there never will be any, as the teaching method is oriented purely at beginner learners. Unless you only need the basic understanding of the language before your trip to Japan (in which case you should take another long look at the price tag), this method is not the best way to go.

If you are provided with a free copy of Rosetta Stone Japanese, or if you don’t care about the price, do check it out. The software can be a great additional resource on your way to Japanese fluency, especially if you have difficulties mastering the Japanese pronunciation. By no means treat it as the only Japanese learning method.

If you have to pay for Rosetta Stone yourself, it is best take a step back before you take the plunge. There are many alternative online and offline language learning software packages that are comparable, or even superior to Rosetta Stone Japanese, yet are offered at a fraction of the price. Do your research, and work out what’s best for you in the long run and not what seems immediately appealing.

Have you used Rosetta Stone to learn Japanese? Let us know what you think in the comments!