One of the biggest problems encountered by beginner Japanese learners is the lack of easy to read texts. Yes, there are tons of dialogues and short stories in the Japanese textbooks but they aren’t particularly interesting, or even authentic. I therefore decided to review some of the more interesting free reading I’ve encountered during my study.

Bam&Kero (バムとケロ) by Yuka Shimada is a picture book series immensely popular in Japan, the main protagonists being a dog (or is it a dog??) called Bam and his frog friend Kero (ケロケロ in Japanese is analogous to the English ribbit—the sound of croaking of frogs). 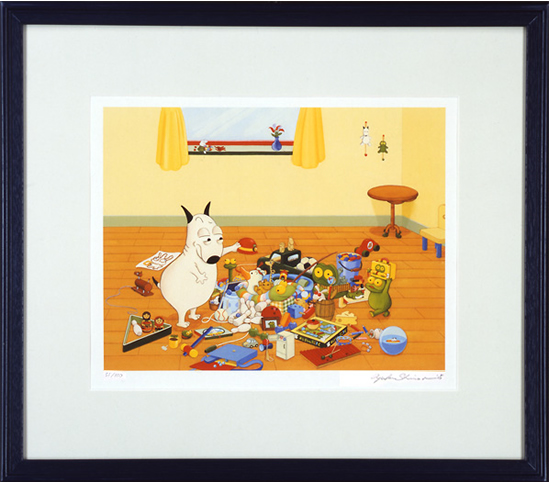 These may not be the most interesting stories out there, but they are very simple, short, and the adorable full-page illustrations perfectly illustrate the sentences. It’s all written in hiragana, with spaces after each word, and the vocabulary is fairly simple. One also doesn’t encounter baby talk as often as it’s commonly found in some of the other picture books.

Personally, I’m of the opinion that one should try to learn at least the basic kanji as soon as possible, but one has to start somewhere and this is one of the best hiragana-only picture books overall. Three of the stories can be freely read online, the rest of the books can be purchased at Amazon.co.jp and at the official Bam&Kero online store.

I’ll be reviewing more free e-books in the future so keep an eye on this blog and subscribe to my RSS feed. Also, if you know any interesting books in simple Japanese, feel free to leave a comment below.