5
Philip Seyfi
Sep 22 2010
“Prolific Japanese indie pop group with unique music and style.”
“P5 is characterized by eclectic and energetic compositions sounding like new releases from the late 60s hipster scene. This ironic stance and eager attitude of the group is well captured by their catchphrase ‘A New Stereophonic Sound Spectacular.”

This month’s Japan Blog Matsuri theme is Japanese music. Until now, there hasn’t been a single music-related post on this blog, and so I’m using this opportunity to kick-start this new category with hopefully many more similar posts following in the future. As I’m sure many of the topics like enka, shamisen, or J-pop were already touched upon many times by countless other bloggers, I decided to start with something relatively unknown by name, yet still quite well known by its music. 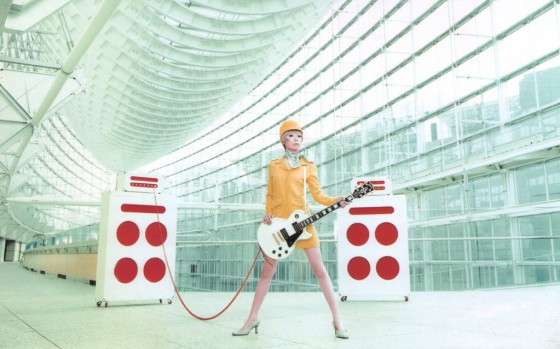 Pizzicato Five, also known by their initials P5, is a prolific Japanese indie pop group most active in the 1990s. The group, widely credited for spearheading the shibuya-kei movement (渋谷系, a mix between jazz, pop and electropop) of Tōkyō in the 90′, was formed in 1985 by five bandmates (hence it’s name), but was ultimately reduced to the duo Yasuharu Konishi (小西康陽) and Maki Nomiya (野宮真貴), which is how they are best known in the West.

P5 is characterized by eclectic and energetic compositions sounding like new releases from the late 60s hipster scene. This ironic stance and eager attitude of the group is well captured by their catchphrase ‘A New Stereophonic Sound Spectacular’.

The group was very active during its 16-year-long existence, usually releasing at least one album every year as well as various EPs and remix albums.

If you’ve listened to some of their songs and feel a certain déjà vu—or rather déjà entendu—it is likely because their songs were used in numerous Hollywood movies, television series, and video games including Charlie’s Angels (Twiggy Twiggy), Futurama (Baby Love Child) and Austin Powers (À Tokyo).

If you haven’t seen any of these, but are learning Japanese with the help of NihongoUp, you should also remember the song AEIOU introduced in the Hiragana & pronunciation lesson. By the way, Pizzicato Five have many more songs that are easy to understand and helpful by their content (ex. This Year’s Girl #2). If you are a beginner student of Japanese, this is yet another reason to check out this group.

Do you like Pizzicato Five? Are there any other Japanese groups which you’d like me to cover on this blog? Let us know in the comments, or better yet, head to our recently launched Japanese Forum.