Probably in response to the growing competition, Mixi.jp, by far the largest social network in Japan, is no longer an invite only service. It’s about time! 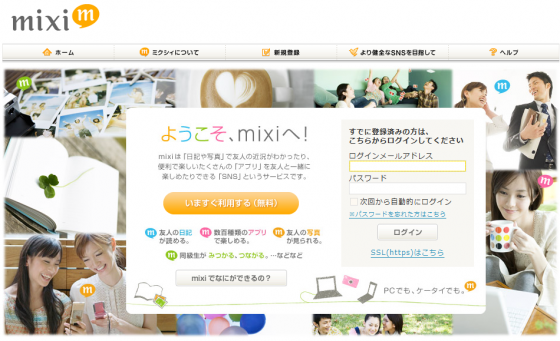 Mixi, led by Japan’s 40th richest man according to Forbes, boasts over 25,000,000 users, a revenue per member 3 times bigger than Facebook, and attracts several times more visitors than Bebo on a worldwide basis. It has a quasi-monopoly among similar services in Japan (crushing international giants like Facebook or MySpace) and has recently started to diversify it’s offerings with new features such as iPhone apps and a micro-blogging platform similar to Twitter.

The mobile verification preventing foreigners from joining the network stays in effect, but it’s the first step in the right direction.