One day when we were watching TV, I asked my wife, ‘Who is that guy I keep seeing with the funny mustache?’ Turns out it was Naruhito, the Crown Prince of Japan (皇太子徳仁親王). Japan has a ‘Crown Prince’? Shows how little I knew…

I come from a country without kings, queens, Crown Princes or emperors, so I don’t even have a framework to put this into. Who is the Royal Family of Japan anyway, and what do they do?

The current Emperor is His Imperial Majesty Akihito (明仁). He and Empress Michiko (皇后美智子) plus their children make up Japan’s royal family. Yes, they are constantly abused by the tabloid media just like in the UK. In fact, you only ever see them on trashy TV shows or the tabloid ads on the train. The latest tabloid fodder is little Princess Aiko’s school bullying.

The history of the Emperor and Royal Family

Japan’s is the world’s oldest monarchy, supposedly dating back to the first emperor Jimmu (神武) in the 6th century B.C. The Japanese term for Emperor is tennō (天皇, heavenly sovereign). Before World War II, the Emperor ruled with divine right. For thousands of years, he was revered in this way. Young people were taught that the purpose of their existence was to protect the Emperor and die for his majesty if needed.

After Japan’s surrender in September 1945, the emperor was no longer viewed as having the presence of a deity. For the first time, his voice was heard on the radio and photographs were taken of him. People found out that you wouldn’t be blinded if you looked at him; it was the end of a tradition that had lasted for thousands of years. 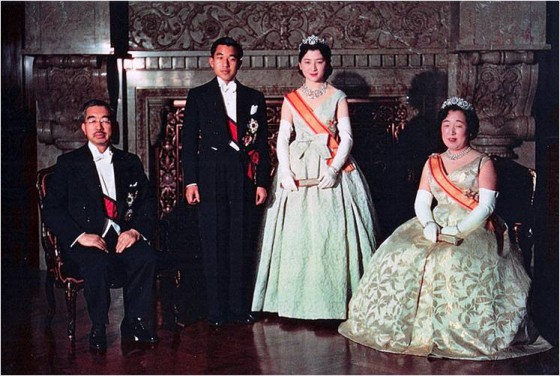 The emperor at that time, HIM Hirohito, was actually quite a remarkable person. He went from God-like status to human status, changing with his country. The new roles that he created for the Emperor and Royal Family of Japan still exist today.

The Japanese royal family has nothing to do with the affairs of government. In fact, this has always been so. Traditionally, affairs of state were handled by his staff of generals with the emperor himself playing a more symbolic role. The emperor would just ride around on a white stallion and push his weight around.

The emperor today is a ‘symbol of the state and the unity of the people,’ according to the country’s post-war constitution. The royal family represents continuity for an ancient tradition.

Aside from being a symbol, the emperor has official duties. He must meet with foreign dignitaries, hold banquets, give awards to Japanese citizens and make official visits (recently, he visited the quake-hit areas and evacuation camps in Tōhoku). He convenes the Diet and appoints the new Prime Minister after he is elected by the Diet. He is also a Shintō (神道) priest and performs religious duties. 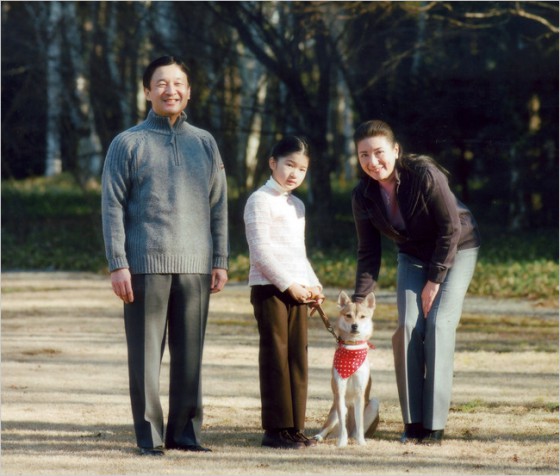 The royal family lives an isolated existence in the Imperial Palace. They have no money—everything being furnished by the state—and don’t have last names. No one really knows what they do most of the time. I assume they spend quite a bit of it hiding from the media.

Who cares about the Royal Family?

Many people believe that in this day and age, the royal family is not needed anymore. Other than the trash media, who cares what the Royal Family does? From what I can tell, mostly elderly Japanese. Young people are fairly indifferent to what goes on in the Imperial Palace.

One small segment of the population that cares deeply about the royal family are the ultra-right wing uyoku (右翼, right-wing nationalists). Among their many wacko plans, they want to restore the emperor to his status as God and leader of Japan. But the right wingers are generally considered fringe crazies by the rest of the country.