First of all, Ichi is basically a remake (or at least a spiritual sequel) of a gorgeous 2003 movie Zatoichi (which itself was a remake of an earlier series) by the famed Takeshi Kitano. If you haven’t seen it, stop reading and go watch it! When Ichi isn’t an exact copy and definitely stands on its own, Zatoichi by “Beat” Takeshi is a much better film overall. 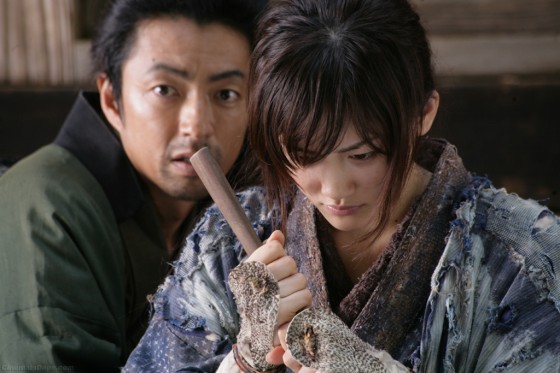 If you haven’t seen Zatoichi, but still want to read further, here’s the basic premise:

Ichi is a goze (瞽女—blind women, usually working as musicians) wandering across Japan in search of her father (who actually appears to be Zatoichi himself). At first, she may appear as a harmless shamisen player, but try to touch her, and she’ll reveal her exceptional swordsmanship skills. 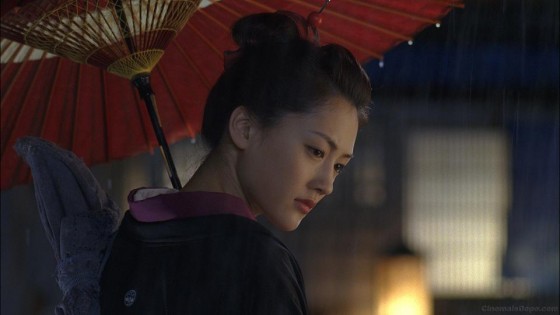 Ichi is directed by Sori Fumihiko, who became famous (and received a nomination for the Best Director prize at the Japanese Academy Awards) with his directing debut Ping Pong and this motion-picture indeed justifies his reputation. His direction is well adapted to the overall style of the movie, as is the cinematography which skillfully combines atmospheric shots of Japanese nature with fast action sequences emphasized by moderate use of slow motion effect. As an interesting trivia note, the swordplay action is choreographed by veteran Hiroshi Kuze, who worked with Akira Kurosawa on Ran as well as on some series of Zatoichi and the great The Twilight Samurai.

The music is, surprisingly enough for a Japanese film, composed by Lisa Gerrard (Gladiator) and it turned out to be a very good soundtrack—unobtrusive, but full of energy.

The casting, perhaps with the exception of the over exaggerating Nakamura Shidou, is quite successful. Ayase Haruka as Ichi, particularly when she is holding her katana, is stunning and I really liked Takao Osawa taking on the role of her lover-ronin Toma Fujihira. On the other hand, the script is a real problem. When the movie can be compared to Zatoichi in terms of filming, it’s script was far inferior, failing to present the true values—as well as weaknesses—of the blind swordswoman. 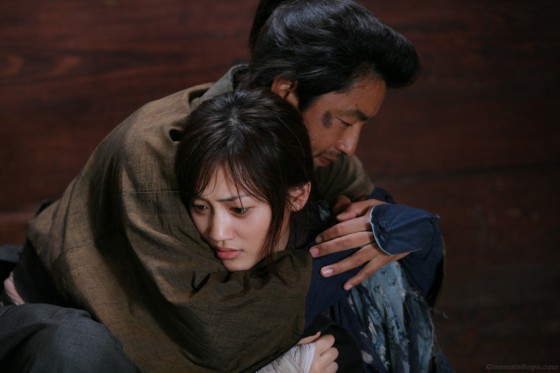 At first—especially after I’ve seen the beautiful Ichi who substituted the fearless Zatoichi as the main heroine—I thought of the film as a cheap remake targeted at the otaku audience, but it managed to positively surprise me. It is not a truly memorable chef d’oeuvre like Zatoichi, films of the Yoji Yamada’s Samurai Trilogy or Kurosawa’s historical epics, but I would surely recommend it to anyone in search for an easygoing summer flick.