When planning a trip to Japan, it’s difficult to create an itinerary that includes all of the beautiful places you have read about heard about. Hiroshima (広島), in the south of Japan often gets overlooked by western travellers, who tend to opt for Tōkyō (東京) and Kyōto 京都 during their exploration of Japan. 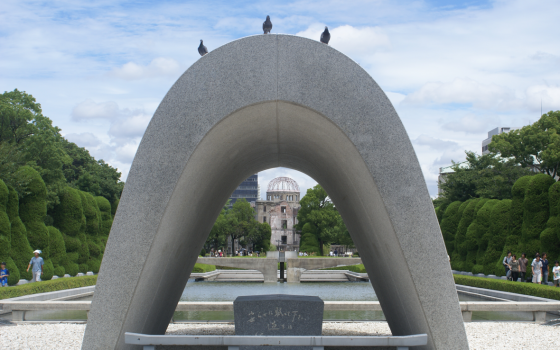 Hiroshima is world famous primarily for the event of August 6th, 1945 which saw the complete obliteration of around 12 km2 of industrialised, central Hiroshima with the first dropping of an atomic bomb in human history on a populated region. Nowadays the city is a prolific campaigner for the complete worldwide nuclear weapon disarmament. For those with even the vaguest interest in history, world affairs, and the development of WWII, Hiroshima is a must-visit destination. 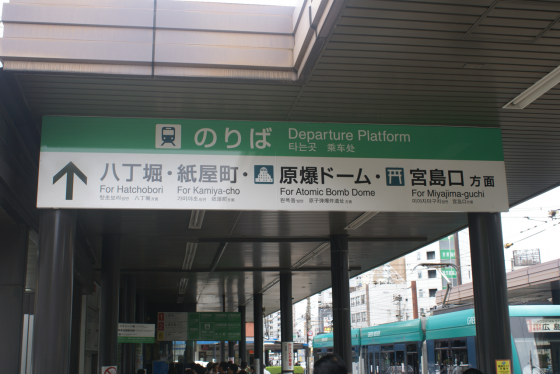 If you’re a holder of a Japan Rail Pass and based in Tōkyō, Kyōto or any other major city that has a Shinkansen (新幹線) station, it couldn’t be easier to get to Hiroshima. It takes just a few hours from Tōkyō, when changing at Osaka. Just head to www.hyperdia.com and check the timetable, being sure to avoid searching for the Nozomi services (which are not available to JR Pass holders), and reserve a seat in the Ticket Reservation Office (みどりの窓口). When at Hiroshima station, head for the south exit (南口) and outside the station where you will see a tram stop. Take a tram in the direction of the A-bomb Dome (原爆ドーム) which will cost you ¥150 (around 2 USD). 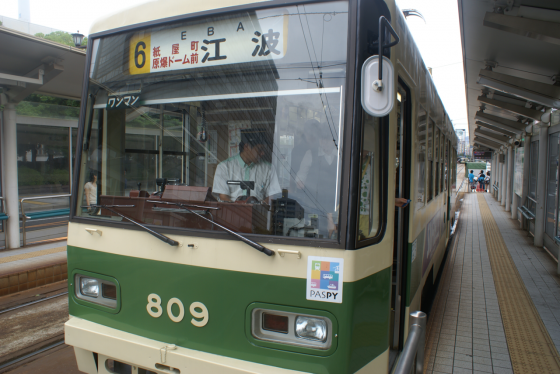 After a few stops, you will be greeted by the skeletal remains of the aforementioned Hiroshima Peace Memorial. This is the only building that has been preserved in its post-bombing dilapidated state since the Little Boy bomb struck. Its original function was little more than a town hall and administrative building, but now it stands as a stark reminder of the destructive powers of nuclear technology. 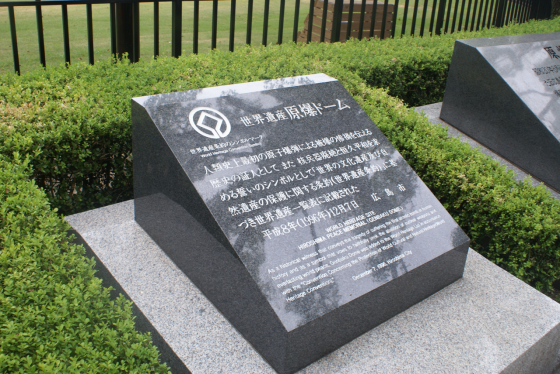 Often, survivors and relatives of survivors gather here and give free talks to tourists, which even for those who speak little Japanese are well worth listening to, if only to experience the collective anguish that is shared by those who hear some quite chilling accounts of how in an instant an entire city was brought to its knees—facing dilemmas such as how to keep the survivors alive with a contaminated water supply. 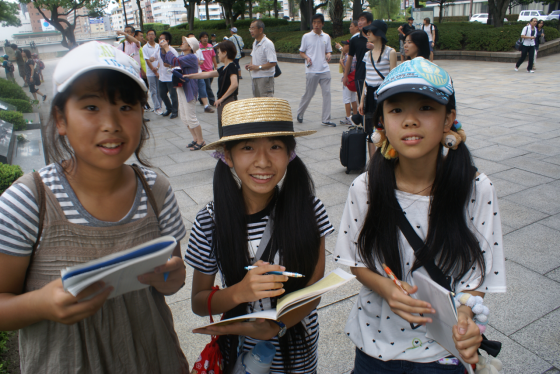 The dome’s preservation was not always a certainty, with many calling for its complete removal, to kick-start Hiroshima’s modernization, and put the past behind it. However, the City of Hiroshima has vowed to preserve the building forever, helped in no small part by its status as a UNESCO World Heritage site (世界遺産). 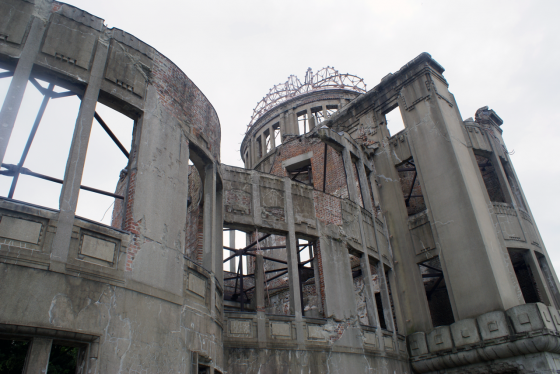 After circling the dome, you should cross the river in which those with burned skin tried to relieve themselves after the detonation of the bomb, and head through the Peace Memorial Park (広島平和記念公園) towards the Hiroshima Peace Memorial Museum (広島平和記念資料館). The flat, wide open space was once Hiroshima’s central commercial district, none of which was left standing due to the proximity of ground zero. It is now used for the annual Peace Memorial Ceremony in August. Here, next to the Memorial Cenotaph you will find offerings such as candles, flowers and water in commemoration of those that were affected by the attack. 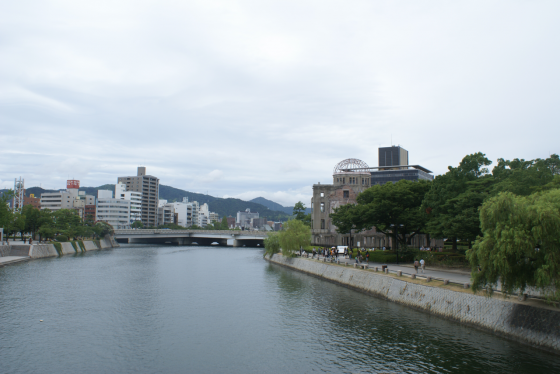 For a nominal entrance fee, the Hiroshima Peace Memorial Museum (広島平和記念資料館) offers a wealth of information (in a variety of languages), spread over two wings; the east sets the historical context of the bomb, offers insights into the lives of Hiroshima citizens right after the bomb and examines the future of world peace; and the west is packed with surviving artifacts portraying with explicit detail the damage that the nuclear bomb caused. Both wings are connected with a bridge from which the memorial park, with its peace flame, and the A-Bomb dome can be seen. 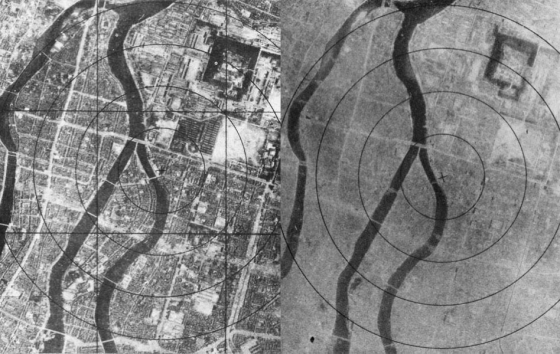 The tour of the museum, park and dome should take no more than a few hours—leaving time to further explore some of the local area. A very popular tourist attraction is the Miyajima Island (宮島), where you will find a wealth of things to do and see; most notably the mid-16th century Itsukushima Shrine (厳島神社) who’s 16 metre high Torii (鳥居, Shinto shrine gateway) will greet you as you cross the water. It’s interesting to note that although it looks like it must have foundations that run deep into the ground, it is in fact supported by its own immense size and weight. 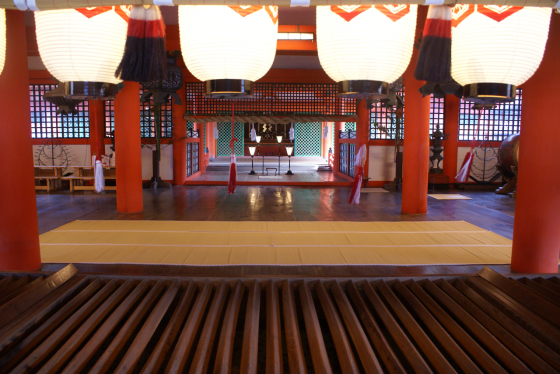 To get there, Japan Rail Pass holders will want to get a tram back to the train station and take a JR train to Miyajimaguchi Station (宮島口駅), and follow the signs for the JR宮島行のりば ferry port (you’ll have to take an underpass), to ride the 10-minute JR ferry for free. The JR ferries are quite regular so you shouldn’t have to wait for long.

Another famous attraction at Miyajima are the numerous Sika deer walking freely in the city, and where there are deer, there is of course also a great wealth of things to buy and eat. Of particular note are all of the small Taiyaki (たい焼き) factories, which if you get your timing right, will sell you a delicious piping hot one! Despite being only 40 km2 , there are also plenty of shrines, small shops, parks and forests to fill an afternoon. 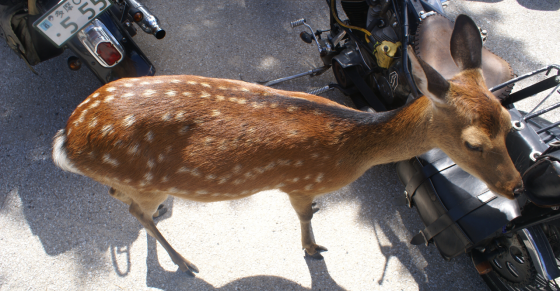 If you’ve been to any of the places mentioned in this blog post, or seek any more travel tips now that you’ve discovered what Hiroshima and the surrounding area has to offer, let us know in the comments section or better still—in the Travel & culture section of our new NihongoUp Forum.